You use say when you are mentioning someone’s exact words
• ‘Hello,’ she said.
• Someone said, ‘Let’s go!’
Say can be followed by ‘that’
• He said that he was tired.
In speech people often leave out ‘that’
• They said there had been a mistake.
Say can be followed by ‘something’, ‘anything’, ‘nothing’, or ‘so’
• Did you say something?
• Nobody dared to say anything.
It can also be followed by ‘goodbye’ or ‘hello’
• I’ll just go and say hello to David.
Apart from these uses, say is not normally followed by an object. For example, it cannot be followed by ‘a story’, ‘a lie’, ‘some information’, or ‘an answer’. You tell a story, a joke, a lie, or the truth
• They told a funny story about their trip.
You do not say a question. You ask a question
• Can I ask a question?
You can say something to someone
• Has he said something to you?
When talking about giving information, it is more usual to say that you tell someone something
• Clare told us something interesting (NOT said us something…).
• Can anyone tell me what time it is? (NOT say to me what…)
You can tell someone about something
• Did you tell Lucy about the party? (NOT say to Lucy about…)
You can say to do something, but it is more usual to tell someone to do something
• The teacher told us to open our books (NOT said us/said to us to…).

When one person is saying things, you can use talk or speak, but talk is more usual and speak slightly literary
• She talked about her job.
• He spoke longingly of his home country.
• Don’t interrupt me when I’m talking/speaking.
If people are having a conversation, always use talk
• We talked about our relationship.
• They talked for hours.
If you say that two people are not speaking, you mean they are not willing to talk to each other
• They’ve had a row and they’re not speaking.
Someone who can talk has learned to use language
• She could talk before she was two.
If you can speak, you are able to say something on a particular occasion
• I was too scared to speak.!!
When you mention what language someone uses, always use speak
• She speaks (=knows how to use) French and Spanish.
• We spoke in German at first, then English.!!
When you ask for someone on the telephone, use speak
• Can I speak to Clare?!!
You can speak words. Do not use talk
• I spoke the words as clearly as I could.!!
You can talk sense or talk nonsense. Do not use speak
• I think she talks a lot of sense. 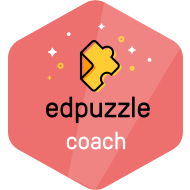